If you are a young female looking to become an entrepreneur then you should be able to take inspiration from the 7 other entrepreneurs listed below. In some male dominated industries in particular, it can be another level of difficulty to just get noticed. But these female entrepreneurs are living proof that it can be done!

She is the founder of not one, but two of the world’s most popular online dating apps, Bumble and Tinder. After Whitney Wolfe founded Tinder, she left to launch the newer app Bumble, which was created something females had never seen before in the online dating market; they were the ones that had to initiate the conversation if there was a match.

She is the CEO and founder of a company called Goodr, which is tackling one of the biggest issues in America; hunger and food wastage. Goodr works with businesses to give any surplus food they might have to the right people. By using a blockchain-enabled platform this works to reduce food waste.

She is the CEO and co-founder of Landit, which is a New York based career path platform. Landit assists women and other diverse groups find a job, build their career and just in general succeed in the workforce. Landit works hard to find personalised solutions that give women the greatest chance of success.

Her last name may ring a bell; she is the founder of The Huffington Post. She sold the company to AOL for over $300 million and still has a significant influence over the business. Arianna Huffington has also written and published a book called, Thrive: The Third Metric to Success.

She has had a hand in shaping the marketing direction of one of the biggest technology companies in not only America, but also the world; Google. Susan Wojcicki became Google’s first manager in marketing just one year after Google was founded in her garage. She is also now the CEO of YouTube, after Google purchased the video media website.

She has accomplished a lot in her life, one of the highlights being that she is currently the COO of one of the biggest social media platforms in the world, Facebook. Time Magazine also listed Sheryl Sandberg as one of the 100 most influential people in 2012. To top it all off she is also on the board for a number of different high profile businesses including; Women for Women International, V-Day, The Walt Disney Company and Center for Global Development.

Nothing better then seeing a women dominating in a male dominated industry, and it doesn’t really get much more male dominated then gambling and sports betting. Denise Coates is the founder of one of the biggest gambling bookmakers in the world, Bet365. No matter where you are in the world, you have probably seen the advertising for Bet365 if you are watching sport.

Previous article
What Jeff Bezos Can Teach You About Business 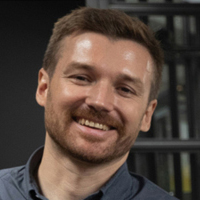 You may already know this but Jeff Bezos is the founder...
Read more

How To Start a New Business: Advice From The Experts

If you are looking to start your own business...
Read more

Personal Development Courses You Should Take

How the ‘Golden Hard Hat’ Program, Created by Henry Goudreau, is Revolutionizing How Construction Entrepreneurs are Building Better Businesses

Henry Goudreau, the founder of both Contractor Coaching and...
Read more