Give it a search command, and you’re met with an abundance of information.

A few moments of conversation with Essany is all that’s required to get a glimpse of how niche-savvy this print-on-demand savant is.

Name a top niche and, instinctively, he can rattle off what’s happening in that genre, extemporaneously expounding on areas of opportunity and sharing ideas off the top of his head. With a quick search of Amazon or Etsy, nothing turns up that’s remotely like what sprung full bloom from his creative brow a nanosecond after being questioned.

It’s enough to leave an onlooker incredulous. But as members of his amply respected Merch Momentum Facebook group can attest, Essany has always been like this. His creativity, as one group member describes in a comment on a recent Essany advice post, is “out of this world.”

A writer, entrepreneur, and media personality for more than two decades, Michael Essany stumbled into the print-on-demand industry by accident close to 7 years ago. It was, by his own admission, a fluke.

“I was working on a project for a marketing firm in Southern California and was assigned to cover what Amazon had in the pipeline for entrepreneurs building new streams of income,” he reveals. “I never expected to find ‘Merch By Amazon’ let alone become a print-on-demand tshirt designer. I knew nothing of graphic design or online apparel sales. Totally not my wheelhouse.”

But the skills he lacked were more than compensated for by his undeniable strengths — strengths that Essany is too modest to expound upon without cracking a quip.

“Anyone who associates me with strength has never watched me try to kill a spider,” he jokes.

But his strengths are obvious. He communicates with a degree of clarity and ease that is rare. And it’s all but certainly the case that Essany’s communications expertise is the root of his success as a POD creator and a respected leader in the ecommerce community.

Furthering his stature, Essany released in early September his first training course for print-on-demand sellers. “Merch Momentum: A Course of Action for Print on Demand Creators and Entrepreneurs” was launched free for members of Merch Momentum, raising eyebrows even among Essany’s supporters over how this three-hour course and nearly 200-page corresponding ebook could be free.

But, alas, there were no catches. No upsells. No links to products. Nothing but what appears to be a sincere “brain dump” of lessons Essany says he has learned and ideas he hopes can help others.

“There are no guarantees for riches with my course and I get really disheartened when I see others making it sound as though their expensive courses are the gateways to riches in print-on-demand,” Essany admits. “There are no shortcuts. POD was made to sound easy by a lot of gurus with garbage courses to sell but nothing about this is easy. You have to work extremely hard, be extremely creative, innovate all of the time and imitate none of the time, all while keeping customer needs top of mind and developing an appetite for competing that’s stronger than your aversion to competition.”

Five minutes of listening to Essany speak and it’s hard to imagine wanting to take another step forward in POD without him at your side. His thoughtful encouragement and calming words are borderline addictive. And they are powerfully helpful for some.

Essany shared direct Facebook messages and emails he’s received but refuses to “take advantage of” by sharing publicly. One note from a Merch Momentum Facebook group member says that a tshirt suggestion he shared in 2020 was the reason she was able to buy her first new car in 2021. Another member showed sales of nearly $4,000 on one tshirt idea Essany provided earlier this year. And there are more just like them. But they’ll never be used for Merch Momentum marketing, Essany attests, though you might be surprised as to why.

“I have a really strong dislike for success stories and royalty reports,” he admits. ” I get that they can be inspiring to some because it confirms that POD can give you life-changing money. But enough of us generally know this by now. And so when we hear reports of massive sales and big royalties, I think it does more harm than good to a majority of sellers exposed to those numbers. A lot of people feel they are failing or falling behind. And I don’t want anyone to waste time focusing on the past. Everyone needs their sights trained on the future, learning from past mistakes and not chasing the sales numbers that merely look easy to achieve.”

So with Essany’s first course behind him, are there plans for more any time soon?

“No, definitely not,” he says with a laugh. “I’ve been working toward this first one for years. Another right now will kill me. Maybe one day.”

But he says the response to his on-screen video coaching was very positive and he’ll be working on more video-focused learning content.

“I’ve got something in the works that, to my knowledge, hasn’t been done before and I’ll be releasing that when I’m comfortable with it and happy how it’s turned out,” Essany says.

So no big-ticket coaching seminars and training sessions on the horizon?

“Zero chance of that ever happening,” he fires back.

And his Merch Momentum Gumroad store seems to confirm as much. Despite providing what some Merch Momentum community members regard as the gold standard of research tools, Essany hasn’t strayed from pricing his strategy guides beyond $10 or $20.

And he says that will never change.

“I’m really thankful to have found print-on-demand and to be part of a community of great people [Merch Momentum] I love working with,” Essany confesses. “I want to see everyone do really well and reach whatever goals they have. It’s what motivates me!”

Essany’s Merch Momentum’s Facebook group is free and open to all print-on-demand creators.

Previous article
How the ‘Golden Hard Hat’ Program, Created by Henry Goudreau, is Revolutionizing How Construction Entrepreneurs are Building Better Businesses
Next article
ATMTogether Founder Paul Alex Shares His Favorite 7 Ways to Earn a Minimum of $1,000 in Monthly Passive Income 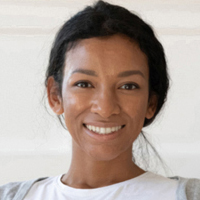 You don’t need to be older to be a successful entrepreneur....
Read more

If you don’t already know who Julia Child was,...
Read more
-- advertisement --