Dr. Kent Ingle has a different mindset from most other university presidents. He embraces change, looks for innovative ways to help his students, and engages with everyone on campus as often as possible.

He’s not a career academic, and maybe that’s what makes him such an educational disruptor. In fact, Dr. Ingle is probably best known for his decades spent as a TV sportscaster.

After spending years at the apex of the broadcasting field, he realized that it was not his ultimate path or career goal. “Inside, I knew I was designed for something more. So when I laid my broadcast career down to follow God’s calling, I found out who I really was meant to be,” Dr. Ingle explained.

After a mid-career field change a few decades ago, he has been making waves in the university and faith-led educational fields, often quoted in newspapers, magazines, and journals for his revolutionary new ideas on topics from education financing to leadership.

“People thought I was crazy when I changed careers, but I had quickly realized that sportscasting and educational leadership have something in common: both let me tell stories that teach by inspiration,” he said.

He’s thriving in his role as the President of Southeastern University, a new kind of faith-based college education offering. From his very first day on the Lakeland campus, he knew he was precisely where he needed to be — on the ground, amongst the next generation of movers and shakers, helping them to build the foundations that will allow them to lead the world to something greater.

Perhaps it’s Dr. Ingle’s varied life experiences that have made him more open to taking a new approach to parts of the American higher educational experience that many educators take for granted.

“At SEU, we are working to create communicational impact and begin new conversations about what higher education can and should be — including affordability and accessibility,” he said.

As leader of one of the country’s fastest-growing universities, he loves knowing that he can start his day with the objective of having a positive impact on thousands of people by the time he clocks out.

One of the biggest areas that Dr. Ingle hopes to affect change in is the complicated, frustrating world of paying for college.

“Higher education in America represents the idea of eventually landing one’s dream job, but the costs should not be staggering in order to achieve a college degree,” said Dr. Ingle. “The need to innovate how future generations garner higher education and how much they will have to pay for it is a necessity.”

To that end, the President is on a mission to reimagine traditional financing for education. He knows it is a large chunk of an educational leader’s job to ensure that students enter the workforce smoothly after graduation. And that, when they do, they are not mired in debt and worried about how they are going to pay it off.

Dr. Ingle realizes that these burdens — both economic and mental — are impairments to young people who need to focus on careers that will bring necessary change to society.

Dr. Ingle also knows that affecting change and helping students isn’t a guessing game. To collect the right information to create policies and initiatives, you need to talk to the people directly affected by these rules: the students.

“Ultimately, that’s what university presidents should do; we are here to help them become what they are destined to become. That’s what drives me,” he said.

That’s why he makes it a part of his day — every day — to walk through campus and talk to the students. He asks them what’s on their mind, what issues they are facing, what would make their lives as students better.  This is what truly makes him a revolutionary educator, far removed from the college presidents that are more often found at board meetings, gala luncheons, or on the golf course.

As the leader of one of the country’s fastest growing faith-led universities, we look forward to hearing more of Dr. Ingle’s fascinating takes on the future of education.

Dr. Kent Ingle is the President of Southeastern University, public speaker and recognized thought leader. Ingle is passionate about creating lasting change in higher education and setting up organizations for success. He is the author of The Modern Guide to College and host of the popular Framework Leadership podcast. For more information about Dr. Kent Ingle, please visit www.kentingle.com 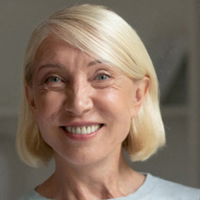 The 21st century has been characterized by increasing female participation in...
Read more

There are a lot of different things that make...
Read more

The most important areas that you need to set goals

You probably have a lot of goals in your...
Read more
-- advertisement --

Everything you need to know about Linda S Tran